How Selenium helps in stopping the Endgame daily!

Here’s how Selenium helps in stopping the Endgame daily!

Commissioned by S.H.I.E.L.D., Here are the 10 Reasons to Choose Selenium

“It could have been stopped if the integration of the web application testing tool, Selenium, have had happened earlier in the system but we missed it by a few days.” quoted the Director. This was way back before anyone could know what the future might have had.

In early 2000 when everyone was trying to make it big in the IT or willing to turn themselves into an automation tester from a manual one, it was well understood by the fraternity, the need of a path-changing tool, perhaps a course. Either way, efforts to be built one were commissioned. And following the potential threats or break down of web app in the past, a more comprehensive tool for automation testing was built – Selenium.

Today, learning Selenium has become a part and parcel of modern day testers. The power of this course can be calculated with the rise of automation testing and the increasing need of certified professionals for Selenium.

The director knew that nobody could have seen what he has experienced at first hand. Hence, he ordered for a few necessary facts to be forged in the wake of enlightening those who might/will question the true power of Selenium.

Remember to learn why these facts are important!

To make it reach every aspiring hand, it was decided to make it as an open source tool. Unlike any other tool that has been developed to safeguard the web apps, Selenium stands always wins the race. Feature-wise, Selenium is far better when compared with others.

When the time comes and you need things to be done quickly, you would not want to wait. Ergo, to make things fast, Selenium comes with no special OS/ browser/ hardware demands. The creators wanted you to be ready fo any situation that might arise, hence, developed it in such a manner that you can conduct the test on any platform (browser) of your choice.

In Nick Fury’s words, “If you want to stay ahead of me, Mr. Secretary… [removes his eye patch] … you need to keep both eyes open.”

Built on the same vision, Selenium supports multiple programming language support. Unlike others, you don’t have to be carrying a specialization in any one programming language. You can still stay ahead in your career like the Director, if you know one of these: Java, Perl, Python, Ruby, PHP, C#, .Net.

Significant to the lifecycle of DevOps –

With more and more people undertaking the DevOps approach, Selenium is becoming an integral part of its lifecycle. Hence, each agent coming forward or being recruited must learn about this tool as there are not many that have been commissioned as open source tools.

For the same reason that things are now being developed on cloud, hence the web based testing tools like Selenium fits perfectly.

In the time of need, it integrates easily -

Many of the other tools like are Jenkins, TestNG, Maven, JUnit, Sikuli, AutoIT, etc. that used in the DevOps will fit in perfectly with Selenium. This was done in order to keep things and everyone on the same plate. Ergo, once integrated with Selenium, achieving automation becomes easy.

Prepares you for parallel & distributed testing -

If you are willing to take up this course, you must remember how planned Cap was. Like him being prepared through test cases, there are many Selenium test cases that can be executed in parallel on remote or same machines. To do them on remote machines, Selenium grid is used. With parallel & distributed testing, time to run tests get saved. Meanwhile, one can execute the tests in the same machine, or on web servers. 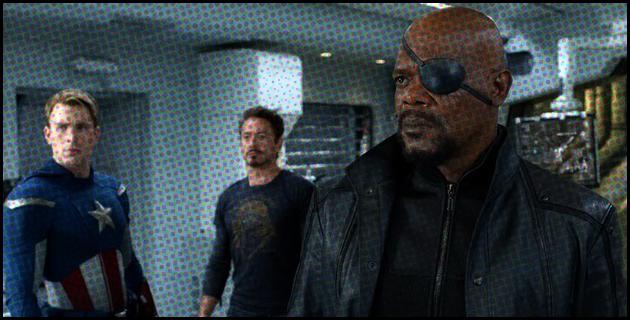 It also proves to be an important factor in influencing each ne agent aka developer to learn Selenium.  It is due to system performance or lack of functionality that other tools will miss the luxury of parallel & distributed testing.

Independent of GUI Based Systems -

The creators felt that Selenium tests must be executed without a GUI. This is why the tests can be conducted on web servers and agents can achieve automation in it. How? By scheduling it’s execution by associating it with rest of the tools.

Flexibility has always been primary while designing test cases -

The tool holds the true power of flexibility when it comes to designing the test cases in Selenium. With it, you can flexibly design it via programming logic or record and playback approach. For all those with no technical knowledge to script WebDriver code, the IDE should be used to record your tests and export the programming logic.

The Selenium WebDriver is extremely useful when it comes to writing logic with the help of programming languages. Moreover, you can even use the Selenium IDE to record your tests and then export it later into a language chosen by you to execute as a WebDriver test.

The world stands at the edge of new uprising and only the Selenium testers can bring it to justice by conducting the required tests and ensure that each software remains bug-free.

Since the start of “Avengers Initiative,” the demand to have worthy testers has increased. And when the time comes, it shall put a question to you all – whose side are you on? Don’t forget that if you choose the right side, you will be paid pretty well. Look on your own –

Worry not aspiring agents, for our Selenium training program holds an interactive, live-online certification course that comes along with the supervision of experts.

Fear not for we have answers to all your questions - just ask them now.